Criticism of the US space program – why do citizens of other countries think they can? 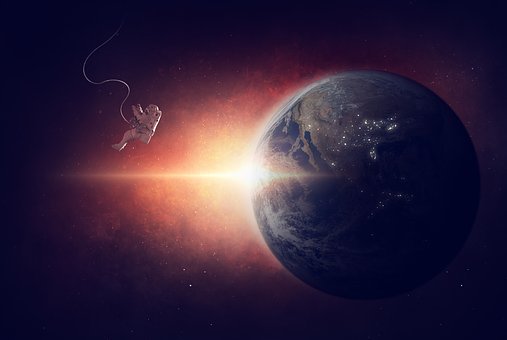 Anyone who is not a US citizen need not worry about how or where US tax dollars are spent. This is the view of many who would try to limit the voices heard against the huge budgets allocated to space exploration. In effect, this says, “It’s not your concern, so don’t interfere.”

Unfortunately, it IS my concern and it is the concern of every other citizen of the world. It is not just the prerogative of a US citizen to comment on the amount of money and the way money is allocated to space travel and exploration. Now I will explain why this is so.

One of the ways to limit the amount of resistance is to continually monitor and reduce the amount of will to participate and free speech allowed. This is what is happening all over the world right now. For example, if an article you’ve written is controversial, then don’t allow reader comments if you don’t want differing opinions. Likewise, a public debate should be open to all, and limiting the number of people allowed into the debate room will severely limit the amount of debate and ideas that are generated. A controlling factor, this could be beneficial to the cause or it could be detrimental to the cause – it depends on which side of the debate you’re on, doesn’t it?

A finger in every pie

When it comes down to it, does money belong to the country that mints it? Can anyone say they don’t have a finger in every pie these days? No, they can’t, because we all have insurance and pensions that invest in global corporations and government bonds. So from a financial point of view I DO have control. This is one answer to the question.

NASA is the main US space agency assigned to explore space and it gets its financial lifeblood from the US government and from other places, and as long as it is connected to the global economy I contribute to the budget as well.

I am not a US citizen, but I can see that the sleeping mass of US citizens needs to wake up before things get out of hand. I feel that my friends are lied to and made fun of. Wouldn’t you like to warn your friend about this kind of scam or trickery? If your friend got hurt, wouldn’t you want to stop violating their rights and harming themselves? Any criticism of the US space program must point to the declassified data being manipulated.

The answer needed to explain this question may have been all about caring for others, and a general concern for the environment, the population, and the future of our human race. Not, to the exclusion of all other races, but in a way that recognizes the diversity of life everywhere and allows free will to be expressed by others without violating our own free will. Manipulating data shows that no respect is shown to the recipients – us.

As a member of the world population and as a friend, I love to see the US grow in knowledge, wisdom, and experience. There will always be people in power who want to control and manipulate others, and it is the responsibility of every citizen to point out where this is happening so that we can control our own society and provide a safe and happy environment for ourselves and our children.

There are many aspects of space exploration that NASA shares with other space agencies around the world. Either by taking the satellites, experiments or personnel into space, or by providing various equipment for other countries to take to space with their own spacecraft. ESA and NASA are constantly working together, so as a member of the European Community I care and I am involved in this way.

NASA and agencies of other countries have been designated (perhaps by default) as one of the agencies investigating space on our behalf (the world’s population). We do not have the individual resources to carry out such a project and we trust that those to whom we assign this task do a good and fair job of it. It’s a bit like politics, we trust that the government will be honest and do what’s best for the community. If not, however, we have to recognize that the system is broken and that other factors affect the way decisions are made. These rogue decisions are not for our collective benefit, but for the benefit of a few greedy and heartless organizations.

I’m a big believer in space exploration because I think we need to discover what’s beyond our little world. Now that humans have reached a stage where we can leave our own rock and land on others, it is more important than ever to keep the well-being of our own race and that of other races and worlds in mind. We cannot ignore the responsibility that comes with this increased knowledge and we must be sensitive to the environments we explore. This means making sure we don’t contaminate them with our waste and also make sure we don’t import or leave anything behind that will decimate the local life forms.

Humans are extremely selfish and we will want for ourselves the resources that we are likely to find on other planetary bodies. This may be the reason for the manipulation of the data. However, if there are other life forms at all, they will probably think these resources are theirs and will resist anyone who tries to claim them.

We have many things to learn from space exploration, and learning about ourselves is perhaps the hardest lesson of all.

Paul Wyllie is interested in all things space and runs pelicanbill.com, an earthquake information site that uses USGS data. The website tries to provide different ways to look at the tectonic movements of the earth in the form of tables, graphs and maps. These are all derived from the USGS base data and could be a way of showing how the Earth is responding to our global human influence. Information on the site is generally arranged with respect to various time scales up to 350 days in the past. Check out the earthquake graphs, tables and maps and discover some of the little-known facts about our world.